Assets under management by the South African hedge fund industry reached R62 billion on 30 June 2015, showing a 15.8% increase on the previous year, according to the Novare South African Hedge Fund Survey 2015, released today.

&ldquo;The surge in assets can largely be attributed to performance during the 12-month period. Net capital inflows contributed R4.6 billion of the total increase in assets of R8.4 billion.

&ldquo;While this is slightly less than the previous 12 months to June 2014, when net inflows amounted to R5.1 billion, the total assets figure illustrates the strong investment performance delivered during the period under review,&rdquo; said Eugene Visagie, Head of Hedge Fund Investments at Novare.

Most participants outperformed the local equity and bond markets.

The bulk of the new hedge fund inflows were allocated to the larger asset managers, and those with hedge fund assets exceeding R1 billion received almost three quarters of the flows.

The equity long/short strategy continued to dominate, representing close to 61% of industry assets. This strategy also received the largest proportion of new inflows. The fixed income strategy represented 14.1% of assets.

The principal allocators of capital to hedge funds remained funds of hedge funds, which allocated approximately 60% of industry capital. There was substantially more interest from high net worth individuals who increased their allocation to hedge funds from 14.1% in 2014 to 26.2% in 2015.

Where retail investors are concerned, highly anticipated hedge fund regulation was released in February 2015 as a separate pillar under the Collective Investments Schemes Control Act (CISCA), which encompasses unit trusts.

Said Visagie: &ldquo;Classifying hedge funds as collective investment schemes places the oversight and supervision of these financial products under the jurisdiction of the Financial Service Board (FSB). Some of the requirements for hedge funds include additional reporting to investors and to the FSB, enhanced risk monitoring practices as well as independent trustee oversight.

&ldquo;A tiered approach has been adopted by the regulation, with the establishment of two types of hedge funds, one for retail investors and the other for qualified investors.&rdquo;

The full survey can be downloaded here. 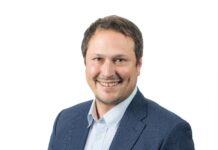