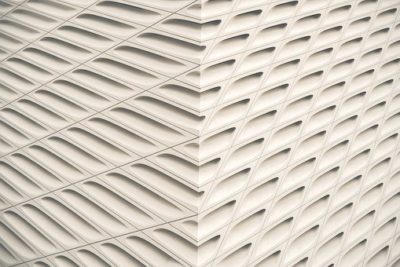 Diversification is back in favour for hedge funds and those with a downside protection mandate delivered during the crisis, writes Niki Natarajan on IPE.com

Infectious diseases only just made it into the 2020 World Economic Forum’s risk impact list, yet the World Bank estimates that the pandemic caused global output to fall by 4.3% last year. So, when markets melted last March, did the $3trn (€2.5trn) hedge fund industry deliver?

Hedge funds were down 11.55% in the first quarter and up 7.02% for the year, according to the HFRI Fund Weighted Composite index. On an asset-weighted basis, March 2020 was the worst month in the past decade for every strategy, the average return down 8.08%, according to the Aurum Hedge Fund Data Engine. And when compared with the MSCI World index, which was down 20% in Q1, but returned 15.9% for the year, the answer is yes – but with a caveat.

On the whole, hedge funds worked if portfolio protection was the mandate. “Diversification was not punished in 2020, as it has been in the recent past. A well-constructed diversified hedge portfolio delivered a high single digit to mid-teens return over the calendar year, while significantly reducing the drawdown in Q1 and Q2,” says John Jackson, head of diversifying alternatives research at Mercer.

One large London-based family office with a hedge fund allocation – 14% of the total portfolio in 16 managers – positioned for growth with 70% of the overall portfolio in risk assets, was less impressed. The CIO says: “Up 10.3% to end-November 2020, the diversifiers in our hedge fund allocation did their job showing a genuine lack of correlation, but the growth drivers [in our hedge fund portfolio] were only up 7% over the same timeframe, which was not that inspiring. That said, individual long/short equity managers such as TCI did very well.”

Patrick Esteruelas, Emso Asset Management’s head of research explains: “A year like 2020 tears apart the rule book and the once in 100-year event created a deliberately induced recession as most governments went into lockdown. The scale and scope of the policy reaction sent a clear signal to the market that the central banks were now in the business of running the economy hot.”

It is precisely because of the unpredictable nature of 2020 that Paul Broxup, head of portfolio advisory at Aurum Funds, part of the $3bn multi-manager Aurum Fund Management in Bermuda, believes it is essential for investors to look beneath the headline numbers to truly understand the potential of hedge funds in a portfolio.

“There was a lot of dispersion in the hedge fund industry, with some managers delivering exceptional results for their clients, while others, including some well-known names, actually experienced negative performance for the year,” says Broxup (see figure).

“The three strategies with the greatest dispersion elevation versus their normal dispersion levels over the last 10 years were arbitrage, multi-strategy and equity long/short managers. In June 2019, dispersion was at 21%. By year-end 2020, this dispersion, as measured by the spread between the 10th and 90th percentile fund, had increased to 48%,” explains Broxup.

With estimated 2020 performance ranging from 15% to 99% for the nine strategies, excluding UCITS, it is clear that Aron Landy’s first full calendar year as CEO of Brevan Howard Asset Management, the firm, which now operates as a collegiate platform for talent, rather than as a fund, has been a success.

Pandemic notwithstanding, Brevan Howard can safely boast its best year since it was co-founded by Alan Howard in 2002.

“Our business is no longer a founder-led organisation like many of our competitors, but Alan and I made the decision to evolve into a platform that now has 57 portfolio managers across a wide range of strategies including interest rates in developed and emerging markets, FX, equity, credit, commodities, with both directional macro and relative value styles,” explains Landy.

Aron Landy: “Mission to recast Brevan Howard as a platform was a success”

Not commenting on specific fund performance, Landy does highlight that the Brevan Howard Master fund has outperformed global equities, with zero correlation and one third of the volatility over its 18-year track record. “Our mission to recast Brevan Howard as a platform was a success last year. Central banks cutting rates to zero in response to the pandemic was the big story for macro traders, which is why interest-rate derivatives trading did well, but more than half of our first-quarter profits came from emerging markets, equities, FX, credit and commodities,” says Landy.

“We came into 2020 observing the spread of the virus in China, worried that if it spread in China it could end up disrupting supply chains globally. So while we had no idea that a pandemic would happen, as a firm we were positioned for a slow-down, which gave us outsized profits in the first quarter,” Landy continues.

“We also run dedicated strategies if market opportunities present themselves. This year, we have closed two [strategies], including Rishi Shah’s US rates strategy at the end of November after the opportunity set played out, but we still have one running and have a new strategy about to open in 2021.”

Landy concludes: “The structure of the business may have changed, but what is important for investors is that our hallmarks remain the same: excellence in risk management, macro thinking, trade structuring, sourcing of trade opportunities and the use of derivative markets to express them. So, if there is a problem, we are quick to react.”

Concentrated on multi-strategy, macro and systematic trading funds, Aurum’s commingled fund-of-hedge-funds (FoHF) dollar classes returns ranged from 11.2% to 14.11% in 2020. Up 7.11% in 2020, according to the HFRI Fund of Funds Composite index, FoHFs even beat, albeit marginally, the single-manager hedge composite.

Kieran Cavanna, CIO of Old Farm Partners, a $375m New York-based FoHF that was up 20% in 2020, says: “It was an idiosyncratic year where adaptability and the human touch was essential, but overall, it was a good year for hedge funds, more so from a stock-picking perspective.”

He continues “The Tiger [Management] model of deep research-orientated long growth and short-value investing worked extremely well last year. Multi-billion-dollar firms like Valiant, Tudor and Light Street were quicker than others to understand the magnitude of the pandemic, and did well through the March volatility, and then were able to capitalise on the equity rebound later in the year.”

Patrick Ghali, managing partner of Sussex Partners, says: “For the first time in ages, being an active manager paid off, although managers with fundamental views struggled in 2020, and some even shifted their mindset towards a more trading stance and focused on the short-term numbers.”

Quants fail to deliver
The quant universe, which typically does well in a low-volatility environment where the policy reaction mechanism is mechanical, was down 5.27% for the year, with quantitative equity market neutral returning -17.48%, according to Aurum Hedge Fund Data Engine.

“Global macro managers returned a mixed bag ranging from -25% to 60% in the universe of managers we track. One of the bigger surprises for 2020 is how poorly quantitative strategies as a group performed for the year,” says Cavanna. One global macro fund with over 60% returns sits on Brevan Howard’s platform.

M&G’s €3.5bn discretionary behavioural finance-driven Episode Macro fund was up 7.43%. Dave Fishwick, M&G’s head of macro and equities, and manager of the Episode fund, admits that “we went into January having reduced the risk in our portfolio significantly with equity exposure taken down from 60% to 27% in December, causing a few awkward moments ahead of the virus”.

That defensive stance, he says, paid off as equities sold off in March, adding. “We went against the trend in the second week of March and, based on valuation signals, ‘scaled’ the equity allocation up to 42%, and then again to 52% by adding Asia, banking and mining stocks in late September. Then taking the emerging market FX to 30%, made November our best calendar month since inception [in 1999] up 8.04%.”

“Like everyone else, we were punched in the face in March, but in the second half of the year, we received rates as central banks followed the G10 playbook and aggressively cut rates. We went long hard currency credit starting with the higher quality credits and then moved on to the more commodity exposed higher yielding credits,” says Esteruelas.

Aman Kapadia, founder of Akaris Global in New York, says that being intellectually flexible paid off in 2020. “If you think about it, 2019 was the height of the Instagram era where experiences mattered more than ‘things’, but lockdown saw a paradigm shift and the acceleration of the e-commerce trend,” explains Kapadia, whose strategy focuses on structural winners in the technology, consumer, and industrial space.

“After losing money in March, we re-underwrote the portfolio and mined our wish list for ‘on sale’ companies that were down 40% to 60% from their peak,” Kapadia says. “Right now, travel and leisure companies, especially outside the US, appear cheap, so we have bought amusement parks, which face minimal near-term impacts from COVID as they are normally closed in winter, as well as low-cost gym operators,” he adds.

In credit, niche managers seized pockets of opportunity. Rudi Singh, founder of Aptior Capital, a firm that specialises in distressed debt and stressed credit investing in European high yield markets, explains: “If you had the ability to short credit going into the pandemic then you could survive March. To make money in the second half, one needed to have deployed capital into the higher quality end of high yield and investment grade in the first half, as by June those opportunities were mostly gone.”

Singh continues: “Going into 2020, our portfolio was positioned for a slowing down in Europe with Germany already in a manufacturing recession and, as such, we had a high weighting of shorts in our book. Now that a new distressed cycle has clearly begun, we expect to see further opportunities in distressed in the future, which may provide a challenge for some investors in the smaller and more leveraged segment of the market.”

Orchard Global Asset Management’s (OGAM) liquid credit strategy also showed strong performance in March. “Although we didn’t predict the pandemic, we had identified several potential ‘black swan’ macro risks, and a pandemic was one of them, so we were positioned for a healthy correction going into 2020,” says OGAM’s CEO, Paul Horvath.

“The banks’ needs for more capital in the midst of the pandemic meant that we were able to take less risk this summer yet get a higher return than before. As we entered Q4 and going into 2021, the distortions created by central bank activities allowed for greater hedge fund-style arbitrage opportunities,” Horvath explains.

Yet traditional ‘dirty’ energy was the winning trade in 2020. Andurand Capital hit the headlines with returns of more than 150% after predicting the oil prices would turn negative, while HITE Hedge Asset Management, a Boston-based firm that uses a fundamental approach to arbitrage global energy securities is said to have been up more than 27%.

“We were, and still are, positioned for a decline in the use in fossil fuels, but the dispersion that was created in the dirty-energy universe gave us some incredible relative-value trading opportunities that led to our funds being up in March,” explains HITE’s founder James Jampel.

As the vaccine starts to give the world hope, RV Capital’s July investor letter offers a cautious reminder. “In January [2020], I wrote that the greatest longtail risk to the economy was from a virus… of the computer variety…[that] could shut down the online world.”

Hedge funds (and central banks) seem to have learned the lessons of 2008 and, this time at least, have provided investors with protection in a time of need. 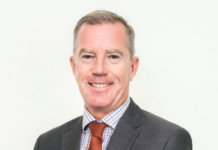 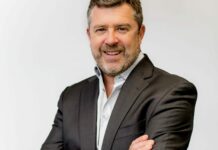