Warren Buffett, the CEO of Berkshire Hathaway is widely considered as one of the world’s most successful investors and resultingly has become the world’s third wealthiest person with over $85 billion (www.forbes.com) to his name. In the Berkshire Hathaway Inc 2017 Annual Report he discussed the outcome of a decade long wager that ended in December 2017 and, as the winner, the $2.2 million donation he was able to make to a charity of his choice. Mr Buffett’s winning claim was that an investment in a US equity index, namely the Standard & Poor 500, would outperform a group of hedge funds selected by Protégé Partners, the counterparty in the wager. THINK.CAPITAL takes a closer look… Read more 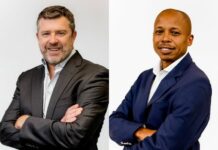 Africa ex-SA funds – an essential diversifier with a growth focus

Why the multi-management model works