Home The Reading Room To pay or not to pay? That is the question

Keeping with the Hamlet theme I am playing Yorik, the court jester in this column. The court jester was actually a serious role, often putting topics into perspective through jest and acting as a mirror to the king.

The kings at the moment are the European legislators, bent on bringing hedge fund managers under control through regulations such as AIFMD and now also through attacking remuneration. The unruly nobles who they think earn too much.

We have seen how little the politicians really understand about the hedge fund industry. We saw how they tried to lay the blame of 2008 on hedge funds when the real issue was the banks, which had been allowed to grow too big and powerful. The attacks on hedge funds went quiet after the collapse of many banks.

What I always try to explain to the attackers of the fees earned by hedge fund managers is that the fees above the annual management fee are performance related. Yes, the annual fee is high, but this in many cases only covers expenses. The real profits in hedge funds are the performance fees, which only come as a reward for performance. Investors are happy to pay for the results.

I have an interesting example of a fund manager who did away with the annual fee and relied solely on the performance fee. However, the investors queried this strategy and requested a management fee. They were concerned that he could have a bad performance period and would not be able to sustain his business. Not that he has had a bad year and, knowing him, plenty is tucked away for the bad times. But it was the investors&rsquo; call that he should have a management fee.

Regulators also want the hedge fund houses to become mega-financial institutions by forcing them to sustain large support staff. Have the powers already forgotten the sobering issues of &ldquo;too big to fail&rdquo; in the banking system?

By attacking and trying to control the payment of performance bonuses, they are taking the right away from the investors to choose the funds that perform the best. The performance bonus is based upon a prior agreed benchmark and not an arbitrary handout. Not like some other financial institutions that are handing out bonuses to top management despite falling profits and poor performance.

The hedge fund industry does not sell itself well to regulators and the press. An excessive and ostentatious display of wealth by a few hedge fund managers does attract bad publicity. But at the same time, the hedge fund representative bodies are not addressing the real issues when it comes to hedge fund remuneration – that investors have the choice to purchase hedge funds and all costs and fees are transparent. The investor has a right to agree to the remuneration of the fund manager. If they do not agree to the fees, they simply look elsewhere for a place for their cash. They are not forced to invest in hedge funds.

Do politicians attack the luxury goods houses for the excessive prices they charge for their products? No, the purchaser makes the choice as to whether they want to pay over the top for a branded item that could be bought elsewhere for a fraction of the cost.

Regulating fees and bonuses in the hedge fund industry is going to restrict talent and performance. Let the choice remain with the investor. Politicians and regulators should keep out of what is a free market. Otherwise the industry will end like Yorik, dead and underground.

Ian Hamilton is the founder of IDS Group, which provides fund administration services in Africa and Europe through Malta. He is also the founder of Scotstone Investments, a company that has fund structures and services for global emerging new managers. The views expressed in this column are his own. 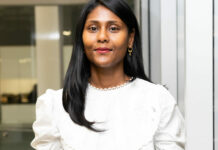