October marked a reverse in African market trends with the year&rsquo;s laggards generating substantial gains. International investor appetite improved towards month-end as policymakers were upbeat over a deal to stabilise Greek and European debt woes, however the markets were fairly volatile prior to the deal.

The Egyptian market stabilised despite upcoming elections on November 28 and the announced retirement of the finance minister. Positive news in the construction sector helped boost the market, leaving the EGX 30 Index year-to-date figure at -37.67%.

Namibia&rsquo;s fortunes appeared to be driven by stocks that are dual listed on the Johannesburg Stock Exchange, namely Anglo-American and Old Mutual, which performed well in late October trading. Activity has picked up with the recent oil find on the Namibian coast, while increased drilling over the past weeks is spurring investment.

Kenya&rsquo;s NSE 20 made a sharp turn away from the misfortune of 2011, posting the first notable gains for the year. The US$250 million loan from the IMF to stabilise the currency may have caused the turn-around, however banking shares also rebounded on the release of solid financials as deposits rose.

The recently consolidated Nigerian banking sector fared well, leading much of the growth in October with fundamentals firm. The Monetary Policy Committee lifted the policy rate by 275 basis points to 12% while more stringent measures, most notably a doubling of required reserves, were enforced on banks to help prevent contagion from a possible Greek default.

The Ghanaian market, after being the top performer in the year-to-date stakes until August, has dipped 11.99% over the previous two months. Unfortunately, the strong fundamentals showing through in GDP growth, low to medium inflation and strong company financials have not translated into strong equity performance.

Plagued by illiquidity, the Zimbabwean Stock Exchange (ZSE) fell 7.86% in October, leaving the market at -5.08% on a year-to-date basis. Stocks remain at discounted prices; however foreign investors view the market as high risk.

A large contingent of investors is holding shares for the dividend value, not for capital appreciation, due to a lack of speculation in the market, according to the ZSE.

With the Ugandan macro-economic situation worsening, amidst 30% plus inflation in October and rising interest rates to match (20%), the stock market is under pressure with a year-to-date performance at 34% in the red. The heart of the inflation problem lies with the lengthy drought, which is placing undue strain on crop yields. Copyright HedgeNews Africa – November 2011 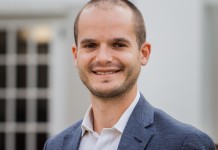 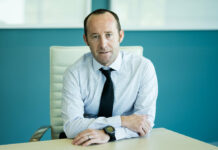