Home Latest News From macro to private credit, there are ways for SA to grow

The results of this year’s annual Investor Survey were once again more encouraging than the last, offering some succour to an industry that has struggled to attract assets in recent years.

Investors participating were mostly satisfied with hedge fund performance this year, both in terms of upside capture and downside protection; and positive about prospects going forward, both in terms of investment opportunities and potential asset growth.

The survey found that more than 80% of those participating were expecting assets to grow in the next 12 months. And more than 90% felt that the existing industry has sufficient capacity to double in size from the current figure of about R65 billion in single-manager assets.

The majority also felt the industry had made at least some progress in other areas – like the adoption of environmental, social and governance (ESG) standards, and even on the vexed issue of transformation.

These findings on the local market chime well with the latest, much bigger semi-annual survey conducted globally by the Alternative Investment Management Association (AIMA).

The latest AIMA survey canvassed some 108 global investors of various types, accounting for a cool $7.6 trillion of total assets under management. Collectively, an impressive 80% of them said they too were “satisfied” with hedge fund performance in the first half of 2021.

Looking forward, more than one-third of them said they also had plans to increase their allocations to hedge funds – what the AIMA report described as a “strong” showing, though admittedly a little down on the previous survey when 45% said they planned to allocate more.

The new AIMA Hedge Fund Confidence Index – introduced in partnership with law firms Simmons & Simmons and Seward & Kissel to measure manager confidence in business prospects for the next year – also went up yet again to a new high in Q3 for the fourth successive quarter.

Globally, of course, the hedge fund industry is broad and diverse – with total assets now of over $4.3 trillion according to the latest data collated by Preqin. There are multiple strategy areas and hundreds of big $1 billon-plus managers with capacity to take more allocations when they come.

Locally, in South Africa, investors may indeed be getting more keen on hedge funds, and existing funds may have plenty of room to grow – indeed, after being starved of assets for so long, even many of the biggest and best performing funds have plenty of spare capacity.

However, it is less clear whether the industry can also grow into new strategy areas.

Some investors remain satisfied with the range of strategies local hedge funds currently concentrate on – mainly in long/short equity, plus equity market neutral, fixed income and multi-strategy. Some of these allocators can foresee further growth in these existing areas given not least all the spare capacity, but don’t view the SA market as big enough or deep enough to expand much beyond.

So can the industry in SA also grow beyond that small, if high quality, core? There seem to be two directions managers might go – either into unlisted and potentially less liquid areas like private credit; or into other liquid markets but outside of SA.

Some respondents to the investor survey cited enthusiasm for both directions. On private credit, as Claire Rentzke of Sukha & Associates put it: “There is a huge opportunity set within the unlisted space and the potential for impact in this area is also massive because this is where job creation can really happen.”

Some industry allocators are already active there, and more are planning to enter – which would follow a similar path to private credit globally, where a subset of such funds now has its own representative group, the Alternative Credit Council, under the wing of AIMA.

Private credit is a big and diverse universe – not all of it being longer dated or illiquid, some of it being shorter-term and higher turnover. So the potential is indeed appealing. But to fulfil this potential successfully, it will be critical that investment terms – and in particular entry and exit terms for investors – are appropriately aligned with opportunities.

Some investor survey respondents were also hopeful that local managers in SA might do more in global markets – such as in macro strategies or in globally traded asset classes like commodities.

It has always struck me that the potential for the industry to develop in such ways is not insignificant in South Africa. After all, the country already offers managers some built-in advantages, not least the widespread use of English as a language of business; a good time zone from which to operate (similar to Europe); a legal system that (arguably) looks quite solid and familiar in global terms; and some pretty sophisticated financial market infrastructure.

There have been some trailblazers who have shown the potential of what can be achieved – firms like Polar Star in commodities and Optis in global markets like cryptocurrencies.

By definition, macro and commodity strategies usually operate in huge and deeply liquid markets – so it seems to me there is plenty of room for more such players to emerge. If they develop into a whole new class of global funds operating from SA, that might indeed be a game-changer. Copyright. HedgeNews Africa – October 2021. 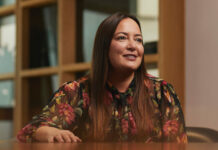 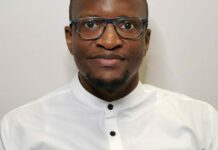