In April, Tryphosa Ramano, president of South Africa’s Association of Black Securities and Investment Professionals (ABSIP), called on the financial industry &ndash; including asset owners, retirement fund representatives, asset consultants and investment managers &ndash; to step up what she called the slow pace of transformation in the South African investment industry.

Speaking at the ABSIP Investment Management Summit, Ramano, who is also CFO of building and construction company PPC, noted that: “Most pension fund assets still go through the majority large white firms who are untransformed, leaving very little allocation to the small black-owned firms who then struggle to grow and sustain their firms”.

Romano quoted figures from the 27four BEE Economics Annual Survey released in September 2013, which states that less than 10% of assets under management out of the total of approximately R5 trillion in the South African investment management industry, is managed by majority black-owned firms.

The good news is that the few black-owned companies that do exist are of high quality and have achieved significant success &ndash; including the likes of Sentio Capital, Mazi Capital and Bataung Capital.

The time lag on further transformation is understandable, in many ways, given the industry’s niche nature. For one, multiple years of experience is required to be licensed to manage a hedge fund under the country’s strict category IIa procedures. Black investment talent is also highly sought after, which translates to exciting career prospects at the country’s big financial institutions during a period when new flows into the hedge fund industry have been limited, hindering startups.

Yet there are signs of change in a maturing industry that is looking to achieve long-term legitimacy under a new regulated environment. While empowerment is not an issue for all end-investors, and therefore won’t be for all hedge companies, it is increasingly on the agenda of leading domestic institutional allocators, including top pension funds.

Fatima Vawda, who heads 27four Investment Managers, South Africa’s first black-owned and women-run institutional multi-manager, notes that structural inefficiencies in the country’s hedge fund industry have hindered growth in recent years, and therefore also the pace of change. While there have been some regulatory advances, notably to Regulation 28 of the Pension Fund Act to allow for greater hedge fund allocations, further regulations at product level are still pending, constricting institutional interest in the short term.

For Vawda, product differentiation is an important need in the broader financial services industry. Of the 32 black managers in 27four’s BEE Fund Manager Survey, just a handful have achieved significant scale and even fewer have a hedge fund offering.

“We already have too many fund houses in South Africa, and most of the BEE firms that have emerged offer long-only equity products. We need product differentiation,” says Vawda, whose company seeded Malungelo Zilimbola at Mazi Capital in 2006, the country’s first black hedge fund manager.

The Sanlam Group, one of the country’s investment giants and a pioneer in economic empowerment at shareholder level, has this year made moves into growing the talent pool in the South African hedge fund industry.

Sanlam has recently seeded Sithembele “Bond” Manyadu and William Ofosu with R100 million for a multi-strategy fund, which went live on July 1. Both managers are highly skilled in their fields, having spent many years within investment banks &ndash; Manyada most recently at RMB and Ofosu at JP Morgan.

Jared Abels has also joined the unit as co-manager on its credit portfolios, alongside Erica Nell, and the aim is for any further investment appointments to meet demographic criteria.

As part of its transformation initiative, Sanlam Investments has launched a three-year graduate training programme, the Sanlam Alternative Investment Academy, identifying five graduates to start on February 1, 2015 that will manage internal seed capital in a mentoring exercise.

Ultimately, the aim is that successful candidates could launch their own new funds or be absorbed into the existing teams.

“We didn’t screen for candidates based on race and we were blown away with the quality of candidates that we saw. The candidates reflected the South African demographic, which was a fantastic realisation,” says Bruce Simpson, who heads the division. Of the successful candidates, 80% are black and 40% are women.

“Affirmative action in South Africa has a three-pronged approach,” notes Simpson. “The first is to have better representation at shareholder level, which we have as part of the Sanlam group. The second is the appointment of skilled black professionals in senior decision-making roles within companies. Thirdly, skills development needs to take place. As a group, we need to tackle all three aspects of the process and as a business unit we are focusing on the second and third aspects.”

“We believe it is the right thing to do. We are trying to create an environment that ticks all the right boxes for investors, if everything is in place then the only variable affecting investors’ decisions will be the performance of our funds.”

Another new business to focus on empowerment and transformation is All Weather Capital, which has this year launched a South African long/short equity fund and a long/short global multi-strategy fund. The company is headed by Harry Singh and Shane Watkins, both of whom have extensive experience in the markets.

Singh and Watkins note that 80% of South African hedge fund assets are managed by just a handful of managers, creating a need for new talent to come up through the ranks to capture investment from institutional allocators such as funds of funds and pension funds. They aim to provide an institutional-grade offering while developing previously disadvantaged individuals into skilled investment professionals.

The company is 60% black owned and 50% of the professional staff are black. All Weather Capital is distinctive in that it offers a black graduate training programme for young, previously disadvantaged analysts with the right qualifications and a passion for the markets. The intention is that the trainee analysts learn all aspects of equity analysis before eventually becoming portfolio managers in their own right.

Vawda at 27four believes there is an opportunity for hedge fund managers to emerge from within larger, established black management houses that have already gone through the J-curve start-up process of building an investment team and putting operations and compliance in place.

“Hedge fund managers should emerge as a value proposition within larger houses. The traditional incubation model is limited; we don’t need more startups. We need to think about the second level. We need managers to launch hedge funds within black asset management houses that already have AUM of more than R10 billion. It is an opportunity for them to differentiate themselves.”

Cape Town-based Argon Asset Management, headed by CEO Mothobi Seseli, could well be one such firm. The company, which is 100% black-owned, has become a black economic empowerment success story in recent years, revitalising the business after adding new investment talent and aligning strongly with global operating standards.

Kyle Hulett, head of multi asset class investing at Argon, says the company intends to launch a hedge fund once the new regulations are in place. The fund is expected to be similar in construction to Argon’s Multi Asset Class Absolute Return Fund, which uses derivatives, but will be more concentrated and more geared. Hulett has previously managed hedge funds at Cadiz and Prescient.

For their part, service providers are showing willingness to play a role in developing talented managers. Ryan Proudfoot, head of Prime Services at RMB, says the bank actively looks to support and foster black talent in the hedge fund industry. RMB has seeded several managers, including Mazi Capital when it stepped away from its joint venture with Visio Capital last year to become independent, as well as Sentio Capital and Bataung Capital.

“The investment has not necessarily come on day one but has often been when managers have needed seed capital to launch new strategies,” says Proudfoot. “FirstRand provides the seed capital via RMB Prime Services and we need to go through an extensive approval process with very strict criteria.”

“Traditionally hedge fund managers have broken away from big institutions after having been in the game for a long time,” says Proudfoot. “There is recognition in the industry that we need to expand the skills base. For us, by supporting these managers as they move out into their own businesses, we are helping to retain talent in the industry and encourage the next generation.”

Ultimately, the process also benefits the service provider, with such initiatives counted on the FirstRand group’s BEE scorecard.

Looking beyond the investment teams operating at single-manager hedge fund firms, other parts of the industry can already boast high-quality demographically representative talent, at fund of funds and consultant level as well as amongst service providers such as administrators, prime brokers and lawyers.

And while having an entirely empowered investment team at the top level is difficult for many firms at this stage, fulfilling BEE criteria in other ways is an achievable target for some.

Cape Town-based Matrix Fund Managers, for example, is classified as a Level III BEE contributor, based on factors such as ownership, employment equity, social and economic spend and enterprise development.

Eben Karsten, who heads business development at Matrix, notes that empowerment is an important part of doing business in South Africa today.

“We support the initiative of Broad-Based Black Economic Empowerment,” he says. “It is hard work to maintain your empowerment ratings especially with the new codes coming into effect from 2015, but we have everything in place to meet the current requirements and it is something we spend a lot of time on. It is important for many of our institutional investors.”

Vawda stresses that it will take time to achieve change, given the country’s uneven economic and political background as well as current factors, including a lack of economic growth, which is restricting retirement fund expansion and therefore, new money going into the investment industry.

“I am all for transformation as long as it is done properly,” she concludes. “We don’t want glorified long-only managers in the hedge fund space. We need managers with alpha-generating skills who can manage a short book as well as gross and net exposures. We are continuously looking for outstanding talent that is uniquely different and there is definitely willingness to support it. Just don’t come and show me what we have seen before.”

“For us this is a long-term game, and in that context transformation can’t be ignored,” adds Simpson at Sanlam Investments. “Over the next 10 years we want to grow into one of the most established and respected hedge fund units that best represent the interests of its clients. We believe that transformation and transfer of skills go hand in hand with alpha generation &mdash; if you build it they will come.” Copyright. HedgeNews Africa – October 2014. 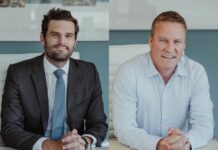 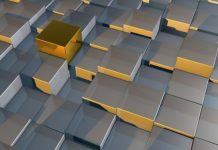 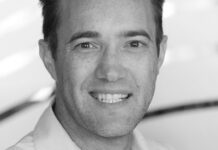