A surprise inclusion in South Africa’s Taxation Laws Amendment Bill of 2010 is a proposal to introduce a so-called “Regional Investment Fund Regime”. The broad object of the regime is to make South Africa an attractive location for the conduct of fund management activities and a gateway to investment into Africa. More specifically it would allow many of the investment management activities that are currently conducted outside of South Africa to be undertaken domestically and encourage new international investors to make use of South African managers for their investments into Africa. Maitland has lobbied for this change for some time and regards it as an encouraging development.

These problems are not unique to South Africa and many progressive tax jurisdictions such as the United Kingdom, the United

States and Australia have sought to address them by means of a “Fund Manager Exemption”. In broad terms, such exemptions serve to obviate the risk that an investor might acquire a local “tax footprint” merely by investing in a fund, or with a fund manager operating within the jurisdiction.

The motivation for the exemption is, of course, to attract fund management activities that would otherwise be conducted elsewhere and it barely needs stating that the fiscus benefits handsomely from taxes on the income of the fund manager and the related economic activities generated.

The UK exemption, which is framed in broad and generous terms, goes a long way to explain why London is the hub of European fund management and more than 80% of funds managed there are jurisdicted elsewhere.

The South African Treasury is obviously alive to the opportunities, particularly with regard to investment both into South Africa and the wider continent, and the new regime represents its response. Unfortunately it has chosen to frame its exemption in rather narrow terms to address specifi c problems identified in relation to limited partnerships and trust structures, rather than creating the exemption as a general principle across all structures.

This narrow approach will, unfortunately, serve to undermine many of the objectives that the regime seeks to achieve because:

tax resident and the income and gains generated by the fund will not be deemed to have a South African source. This will encourage funds investing into Africa to use South African firms to manage these assets, thereby creating jobs in South Africa and increasing the tax base.

Dale Lippstreu was one of the founding directors of Maitland’s Fund Services business in 1998, which today administers in excess of US$70 billion in assets on behalf of some 80 clients worldwide. He has over 25 years’ experience within the financial services industry including asset management and private banking.

Dale holds a B. Proc degree and represents Maitland at various industry associations and on government bodies including the Economic, Savings and Policy Board; the Market Architecture Board and the Technical and Operations Board of the Association of Savings and Investment South Africa (ASISA). Copyright. HedgeNews Africa – July 2010. 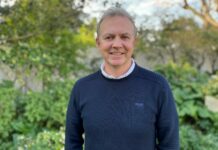