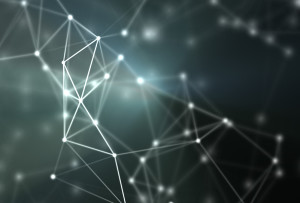 Assets in South African hedge funds reached R73.6 billion in the 12 months to the end of December 2021, according to HedgeNews Africa research, increasing by 2.02% from R72.21 billion the year before.

This comes as assets in rand-based South African hedge funds grew more than 12% while assets in dollar-based funds declined by more than 50%.

The number includes both dollar and rand classes, as well as private debt funds that report to our database and alternative strategies housed in regulated QIF structures.

Alternative QIFs – which include broader alternative strategies – recorded assets of R5.39 billion, from R5.56 billion the year before.

Growth appears largely organic amid solid returns from the category in 2021, which gained 20.53% in a strong year for South African equities, according to the HedgeNews Africa Long/Short Equity Index.

South African fixed income, the industry’s second-biggest category, saw assets edge 6.76% higher to R10.7 billion from R10.03 billion in 2020 and R8.28 billion in 2019, amid a year of relatively muted performance. The category returned a median 7.68% during the year.

Amongst market-neutral and quantitative funds, total rand/dollar assets came in at R5.54 billion (rand-based assets R5.28 billion), from R5.38 billion the year before, a 3.02% gain. The category delivered a median return of 8.83% during the year.

Private debt strategies we track accounted for assets of R1.8 billion, a marginal increase on the year before.

The survey also includes R992.57 million in specialist strategies, primarily commodities strategies, from R791 million the year before, a 25.48% increase on 2020 numbers, after strong performance from commodities-based strategies during the year.

Fifteen firms managed hedge fund assets of more than R1 billion each (including rand and dollar classes), the same as in 2020.

By individual fund size, 17 funds managed in excess of R1 billion, up from 14 funds the year before. Of these, the bulk were long/short equity funds (nine) funds, two market-neutral strategy and two fixed income strategies.

Of these funds, three funds had more than R3 billion under management and eight managed in excess of R2 billion.

Our calculations show that 44.09% of South African single-manager funds (domestic and offshore) had less than R100 million under management, down from 47.24% in 2020.

South African fund of hedge funds and multi-managed funds accounted for combined assets of R35.2 billion up from R24.9 billion, a 41.51% increase on the year before. These funds now account for 51.62% of the industry total, up from 44.39% the year before.

According to our records, four hedge funds closed during the period, down from 15 closures the year before. This number comprises only single-manager funds hedge funds (one multi-strategy, two market neutral, one special opportunities) and no fund of funds. This comes amid a dearth of new launches given 2021’s pandemic-hit conditions.

HedgeNews Africa takes a conservative approach to calculating assets under management. Figures used in this survey include funds listed in our database as well as those that do not list with us but have revealed their assets for the purposes of this research.

This comes in a year during which the HedgeNews Africa Pan Africa/AME Index gained a median 8.96% and the MSCI Frontier Markets Africa Index added 16.45%.