Assets in the local hedge fund industry remained above the psychologically significant R30 billion level as at 30 June 2011, but had declined from the R32.1 billion achieved in 2010 – despite hedge funds providing effective capital preservation in challenging market conditions.

These were amongst the findings of the 2011 Novare Investments South African Hedge Fund Survey, the eighth edition of the nnual review of the industry.

“On 30 June 2011 South African based hedge funds housed assets totalling R31.4 billion. This figure includes asset growth during the 12 months as well as net flows. It represents the net market value of capital invested in hedge funds, and not their leveraged exposure,” said Eugene Visagie, risk manager at Novare Investments.

Total inflows into hedge funds for the 12 months were R8.0 billion, with outflows of R7.7 billion resulting in net inflows of some R300 million. Visagie said this suggested that little new capital was allocated to the industry, with most capital movement taking place between managers.

The strategy that received the largest net inflows was fixed income, with all of the capital flowing to funds with a track record of longer than one year. Although the equity long/short strategy was the largest recipient of capital during the previous reporting period, this strategy lost the most capital on a net basis in the 12 months to June 2011.

The survey showed that funds of hedge funds remained the largest allocators of money to hedge funds with their share up slightly to 6.6%. Direct pension fund investments declined from 9.2% to 5.2%, but life funds increased assets invested in hedge funds from 8.6% to 10.3%. The share of high net worth investors declined from 9.7% to 7.6%.

Where liquidity is concerned, participants’ indicated that 91.0% of industry assets could be liquidated within 30 days. Illiquid instruments like unlisted shares are only used to a limited extent in South African hedge fund portfolios. Portfolio trading activity increased during the 12 months, with portfolio assets turned between five and ten times during the year rising from 18.1% to 26.6%.

Visagie commented: “Non-investment duties continued to be outsourced to independent third parties, a trend driven by investor demand for independent oversight and custody of assets. Such duties include administrative functions like the annual fund audit, client accounting and reporting and fund valuation. And more hedge funds are reporting estimated performance figures on a daily and weekly basis.”

He said that tumultuous global markets over the past 18 months had spurred interest in the potential of alternative investments to capitalise on variable market conditions, and to be beneficial portfolio diversifiers – particularly during times of heightened volatility. In the local market, hedge funds have been in the spotlight recently following greater regulatory clarity as a result of amended pension fund legislation.

These factors were likely to result in increased flows to hedge funds. “Looking ahead, most managers surveyed said changes to pension fund legislation, specifically the extent to which institutional investors are able to invest in hedge funds in terms of Regulation 28, could result in inflows in the next 12 to 24 months. These would be supported by available capacity of R49.6 billion in hedge funds still open for new investments – an increase from last year’s R44.0 billion,” said Visagie. 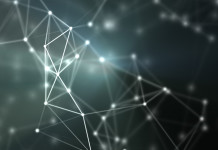 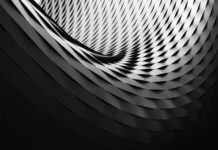 How agile is your asset management team? 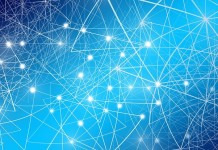